The project was such a success that the British prime minister personally visited the site to congratulate all those involved in the operation. 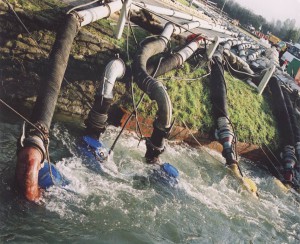 The river started to rise, and the Environment Agency predicted massive floods. Hydrainer came to the rescue with BIG pumps… 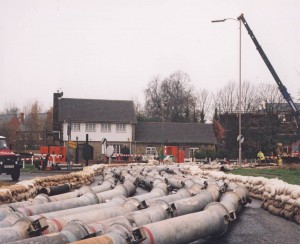 Miles of 10” and 12” pipes were laid through and around the town to divert the river, digging up roads where necessary. 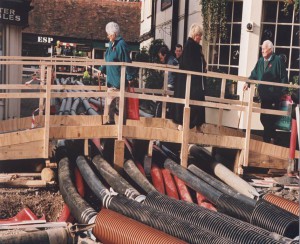 The locals happily put up with the temporary inconvenience, preferring it  to the nine feet deep flooding they had in 1994.